Man has been present in Rincón de la Victoria since the Palaeolithic Age, according to the cave paintings and archaeological remains found in the Cuevas del Tesoro and de la Victoria.

Around the 8th century B.C. the hill of Benagalbón was settled by the Phoenicians, but as was normal this area was later occupied by the Romans. During this period a thermal complex was built of which remains have survived, in which there were bathing rooms and latrines, the remains of a factory of the coveted fish sauce Garum or garo have also survived, and there was also an apparently luxurious villa with thirteen mosaics. The fortified settlement was given the name of Bezmiliana.

During the Andalusian period this town gained some fame, reaching the status of a medina. Its importance was recorded by al-Idrisi in the 11th century. The Nasrid King Yusuf I, approximately three hundred years later, ordered the erection of several watchtowers in the coastal area, two of which are still preserved, and which formed part of the defensive line of the Kingdom of Granada.

The municipality would not receive the name of Rincón de la Victoria until the middle of the 20th century, despite the fact that for decades before that its population was greater than that of Benagalbón. Its name comes from the Convent of La Victoria that the Order of the Mínimos had in this area.

The 9 kilometres of beach distributed in four areas, make Rincon de la Victoria, a coastal area, where you can enjoy life, or simply stay, by the sea.

This municipality stands out for being a very familiar area, with buildings of few heights, and which still maintains the essence of a fishing village. It was very popular with the people of Malaga as a second home in the past and nowadays it has become their habitual residence, due to the good communication with the capital.

Rincón de la Victoria is the gateway to the region of Axarquía and has four nuclei:

Golf lovers can play golf all year round on the Añoreta golf course in beautiful surroundings. It was designed by José María Cañizares in 1990 and offers an 18-hole course. It is located only 15 km from the centre of Malaga.

Rincón de la Victoria has a very local gastronomy with the “boquerón victoriano” as the star. Boquerón, as well as any other local fish, can be enjoyed in many beach bars and restaurants in the area.

The Casa-Fuerte de Bezmiliana (old name of Benagalbon), is the most emblematic monument of Rincón de la Victoria. It was erected to help defend the area from pirate attacks, around 1766. Its current use is as an exhibition hall.

The watchtowers erected in the 14th century, which still survive and have a conical-trunk architecture, are the Torre de Benagalbón and El Cantal. Their function was that of watchtowers.

The Cueva del Tesoro, or ancient Cueva del Higuerón, is the only known cave in Europe whose origin is underwater. Its galleries were formed underwater due to the erosion of currents and waves. It was declared BIC in 1985. According to popular tradition, an Almoravid emperor hid a treasure in this cave.

The Archaeological Park of the Mediterranean is located next to the Cueva del Tesoro. It is a large green lung in which the conservation of the prehistoric heritage is combined with the socio-cultural use of this recreational area. 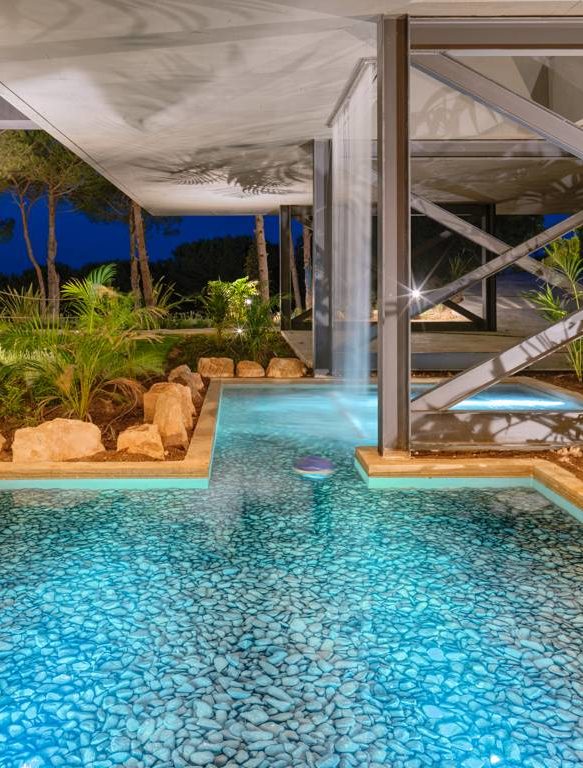